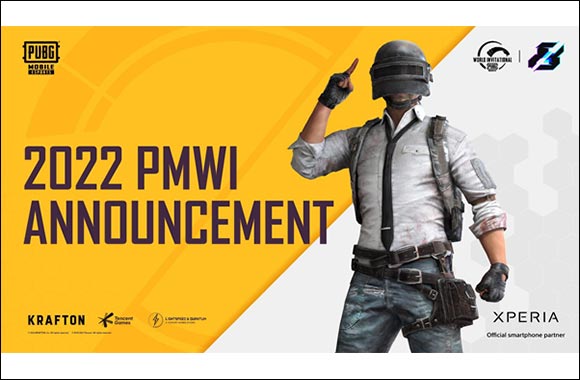 Share Home >> Technology
o Saudi Arabia is the Gulf’s gaming powerhouse with the Saudi gaming market hitting $1 billion in 2021 and is expected to reach $6.8 billion by 2030.1
o The PUBG MOBILE World Invitational will take place in Riyadh as part of Gamers8 festival for two weeks from August 11th, where 18 top regional teams will compete for $3 Million USD prize pool.
o PUBG MOBILE is the world’s most popular mobile Battle Royale game and the most watched mobile esports game.
Riyadh, 9 August 2022 – The second annual PUBG MOBILE World Invitational (PMWI) is due to kick off in Riyadh this week, where some of the best mobile video gaming teams from around the globe will compete for a $3,000,000 USD prize pool. The PMWI is being held in partnership with Gamers8, the Saudi global gaming and esports festival, and ESL, one of the largest global esports organization and production companies. The event kicks off on August 11th in front of a live crowd in Riyadh. PUBG MOBILE is the most watched mobile esports game in the world and the event comes at a time when the popularity of gaming and esports have ballooned in the Kingdom of Saudi Arabia. According to a 2021 study, about 50% of the Saudi population consider themselves regular gamers, who play more than once a month,2 with the sector predicted to reach $6.8 billion by 2030.1
The PMWI will be held at Boulevard Riyadh City with doors opening at 2PM from August 11th-August 20th. Tickets sales are for available at gamers8.gg. Local Saudi esports team, Team Falcon, will go head to head against 17 international teams in the Main tournament competing for $2,000,000 USD from the overall prize pool during week one from August 11th-13th. Then, in week two from August 18th - 20th, 12 teams will take part in the Afterparty Showdown, competing for the remaining $1,000,000 USD. The teams taking part in the Afterparty Showdown will be made up of the top 5 teams from week one, alongside 6 teams chosen from regions, and 1 special invite!
With some of the world’s best esports teams set to compete in front of a live crowd at the PMWI, fans around the world are excited for the event kick-off. Fans in Saudi will be able to enjoy the thrilling gameplay and electric atmosphere in-person at Boulevard Riyadh City. The event is being live streamed in Arabic too, so those at home can watch the action on Facebook and YouTube. Fans should keep an eye on PUBG MOBILE’s social media channels, as well as in-game, for more information on how to vote for their favourite teams taking part in the event.
James Yang, Director of PUBG MOBILE, Global Esports commented; “This year’s PUBG MOBILE World Invitational is set to be the biggest and best yet. This is our second annual World Invitational and we are excited to bring a new format of the event to the region which showcases the unique community spirit that PUBG MOBILE Esports and its talented teams have created.”

Riyadh Gears up for the Ultimate Hack Fest as Infosec Heavyweights Head to Black ...

LG's Revolutionized Dishwasher and Dryer Technologies Eliminate Stress From Your ...

Saudi Ministry of Economy and Planning and General Authority For Statistics To E ...

LG Introduces New Lineup Of It Products In Saudi Arabia

BCG' Jeel Tamooh Career Fair Propels Saudi Youth On A Path To Prosperity At The ...