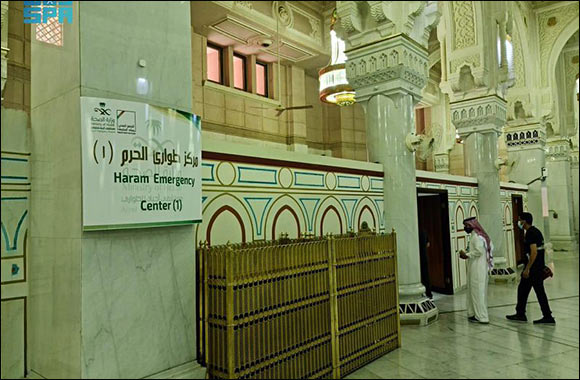 Riyadh:  Great distances between a specialist doctor residing in the Saudi capital, Riyadh, and the holy city of Makkah, did not prevent him from saving the life of an elderly woman who suffered a stroke inside the Grand Mosque while performing the all-year pilgrimage known as Umrah on Tuesday 12 March.
The 62-year-old woman was transferred by local paramedic teams to an emergency center inside the Grand Mosque after feeling weak on the left side of her body, looseness in her facial muscles, and a decrease in her level of consciousness.

The preliminary evaluation was a suspicion of a stroke. She was immediately transferred to the nearby Ajyad Emergency Hospital, where she undertook a CT scan that confirmed the initial diagnosis. Immediately, the case was conducted by the Neurologist and Stroke Consultant at Seha Virtual Hospital SVH in Riyadh, through the telemedicine technology within the Stroke project, in which a neurologist and a stroke consultant are stationed to deal with similar cases around the clock.

The rapid communication between the emergency doctor at Ajyad Hospital with the specialized consultant in the SVH resulted in a quick review of the patient’s medical history and the results of the CT scan, a diagnosis was reached that the patient suffered from an acute stroke, and the decision was taken to give her intravenous thrombolytic medication, and then transfer her to the nearby King Abdullah Medical City to complete the treatment. Further tests showed no need for a cerebral catheterization, and after a short period of time, the patient regained her ability to speak and was able to move her left limbs, stand, and walk normally.