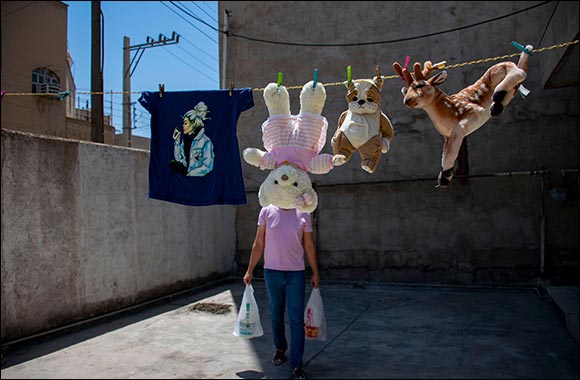 Celebrating its tenth-year anniversary, ‘Moments’ has established itself as one of the largest photography competitions across the Middle East and North Africa, with the aim of supporting budding photographers from across the region and offering them exposure and the possibility to be discovered on such a prominent platform.

Saudi Arabia submissions currently account for over half of total GCC submissions to date, followed by the UAE, with nearly 26 percent and Oman coming in third place.  They are followed by Kuwait and Bahrain submissions, which are almost equal in size to date.

Running under the theme ‘2020 Moments - A Year Lived Differently’, this year’s competition has seen images submitted from mosques, homes, wedding ceremonies and popular vacation spots across KSA. In the ancient city of Al-Ula in the North, Saudi photography enthusiasts snapped pictures depicting the changed landscapes, and settlements in an area which dates back over 200,000 years. At Abha, in the Eastern Province, aspiring shutterbug Hamad recorded people enjoying a break and embracing the warmth of nature. In another picture, Hamza from the coastal Saudi province of Amlaj, known for its picturesque islands, charming beaches and great archaeological treasures, took a snapshot of a child, peeping through the window, perfectly capturing ‘Paused Moments 2020’.
In the UAE, amateur photographers have documented their 2020 experiences across different Emirates. Chronicling the 2020’s ‘Inspired Moments’, some keen-eyed photographers used drones to offer a birds-eye-view of a distant farm while some caught the illuminating smiles of children -- with masks clearly dominating most of the pictures. While David Ojeda, captured the oddly silent streets and alleys in Bur Dubai as well as the contrasting images of life outdoors and indoors, Villanueva Ordona James showcased the grit and determination of people, and their interconnectedness even under the most testing circumstances.

In Oman, ‘Postponed Moments 2020’ were unveiled through a series of photographs showing a deserted bridge and neighbors looking out for each other depicting a sense of oneness. Ramz Issa from the capital Muscat in Oman, caught children rollicking in their homes, spending time with their families. The photos of Jihad, from the northeastern city of Sur, renowned for its location as a sailing hub, showed people celebrating their unique culture wearing traditional Omani robes.

In the Al Jahra town of Kuwait, Abdulrahman went behind his lens to capture glittering images of the Alqama Bin Qais Mosque, where worshippers can be seen exchanging wishes on the occasion of Eid Al Adha  while Yasamin portrayed how children are adapting themselves staying at home and spending more time with friends and families.
Almarai, the largest vertically integrated dairy company in the world and MENA's largest food production and distribution company, has been a strategic partner of National Geographic Abu Dhabi’s Moments Competition for the last 7 consecutive years, as part of a shared vision of nurturing youth and talent from across the Middle East and North Africa.

Since its inception, ‘Moments’ has had over 250,000 entries submitted by passionate photographers, with the images submitted taking viewers on a rich, visual journey to the farthest corners of the Middle East and North Africa

Your Guide to Flawless Brows this Eid with Benefit Cosmetics!

The Power of Love: Pandora Study Explores the Empowering Forces of Motherhood