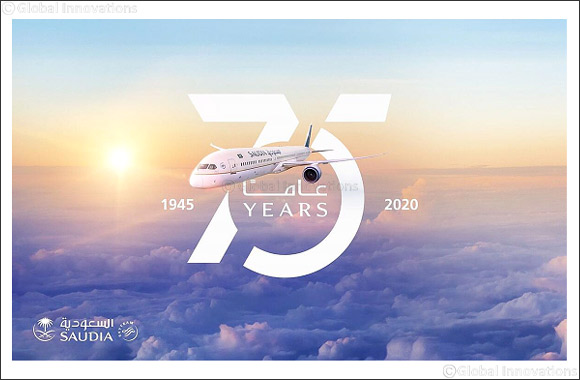 Dubai, United Arab Emirates, February 24, 2020:   One of Saudi Arabia’s biggest brands, SAUDIA is Title Sponsor of the $1.5 million Saudia Sprint, a 1200m dirt race that will feature some of the world’s fastest horses. The Saudia Sprint forms part of the inaugural SAUDI CUP DAY, which takes place at King Abdulaziz Racecourse, Riyadh on February 29th, 2020.

Vice President of Corporate Communications, Mr. Fahad Bahdailah said “SAUDIA is pleased to be supporting the highly-anticipated SAUDI CUP, and welcomes guests from all around the world traveling to Saudi Arabia to participate and take in the festivities of the SAUDI CUP.”

SAUDIA, a member of the SkyTeam alliance flies to four continents and to more than 95 destinations worldwide, with a modern fleet of more than 170 aircraft.

“SAUDIA is one of the most instantly-recognizable brands in Saudi Arabia and we are very proud to have such a prestigious company join the SAUDI CUP as a Platinum Partner in the role of Official Airline and as the Title Sponsor of the Saudia Sprint.” Adel A Almazroa, General Manager of the Equestrian Club.