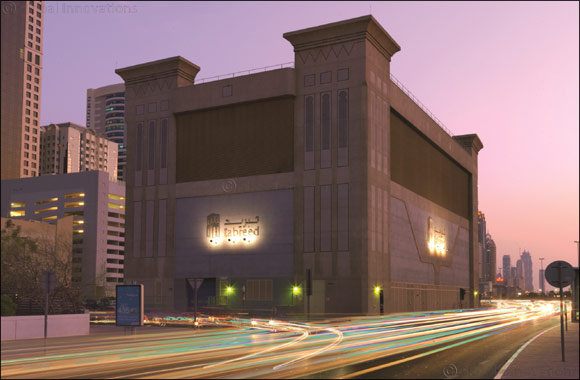 Tabreed increases its stake in Saudi Tabreed to 28%

Khaled Al Qubaisi, Tabreed’s Chairman, said: “This acquisition underscores our commitment to supporting and fulfilling the current and future infrastructure needs of large scale developments throughout the Middle East and further cements our position as a leading international district cooling developer. Within Saudi Arabia, district cooling is becoming a vital part of complex urban infrastructure developments and we are pleased to be able to support the achievement of Saudi Vision 2030.”

“Saudi Tabreed currently provides and operates 187,000 RT of cooling to projects including Jabal Omar Development in Mecca, ARAMCO in Dahran and King Abdullah Financial district. With the rapid growth and urbanization of the largest market in the GCC, Tabreed’s acquisition of an additional stake in Saudi Tabreed amounting to SAR 129 Million will further enhance its ability to capitalize on new business opportunities.” Al Qubaisi concluded.

In line with the Saudi Vision 2030 and its strategic objectives of developing a vibrant society, thriving economy and ambitious nation, Saudi Tabreed works with the public sector through long term Build-Operate-Own-Transfer frameworks to optimise energy consumption by providing innovative district cooling solutions.

Delivering on this, Saudi Tabreed announced the commissioning of the district cooling plant at the King Khalid International Airport phase 1 in Riyadh with a total capacity of 20,000RT serving terminals 1 to 4 on exclusive basis.

Bader Al Lamki, Tabreed’s Chief Executive Officer, said: “We are delighted to contribute to our affiliate’s continued growth within the Kingdom by increasing our stake to 28%. The concession of 20K RT demonstrates our commitment to the Saudi market where, as published in the Global Market Insight Inc., district cooling is set to exceed USD 1 billion by the next five years”.

“Tabreed is enabling businesses in the Kingdom of Saudi Arabia to enhance their energy efficiency, reduce costs and meet their sustainability objectives by integrating advanced technology, operational excellence and the latest innovation in district cooling into its solutions.” Added Al Lamki.

With over two decades of operational excellence, Tabreed is the partner of choice for organizations interested in benefiting from environmentally friendly district cooling solutions that support the region’s achievement of the Sustainable Development Goals. With 76 district cooling plants located throughout the region, Tabreed currently delivers over 1.16 million refrigeration tons to key developments including iconic infrastructure projects such as Sheikh Zayed Grand Mosque, Dubai Metro, Ferrari World Abu Dhabi, Yas Water Park, Abu Dhabi’s Al Maryah Island, Bahrain Financial Market in the Kingdom of Bahrain and the Jabal Omar Development in the Holy City of Mecca, Kingdom of Saudi Arabia.