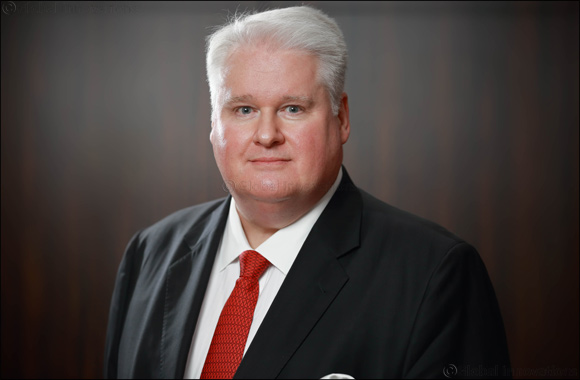 Panellists and invited guests discussed the outlook for venture capital under the current economic conditions in Saudi Arabia. The speakers also highlighted the limited accessibility to corporate finance in the Kingdom, and how it varies between small, medium and large organisations.

Speakers advised private companies in the Kingdom to hire both legal and financial advisors, before going public – to fulfil the requirements of the Capital Market Authority. Once public, speakers mentioned that investment bankers play a crucial role in marketing the company to the investment community, both regionally and globally. Such marketing strategies are often done through various initiatives, such as roadshows and conferences, to generate interest.

Panellists applauded the steps that the Kingdom’s capital market has taken in recent years, to approve the listing rules of foreign companies and to elevate corporate governance in Saudi Arabia.

Michael Armstrong, FCA and ICAEW Regional Director for the Middle East, Africa and South Asia (MEASA), said: “Vision 2030 sets out a blueprint for the future of Saudi Arabia. We are pleased to see the necessary reforms and the progress the Kingdom has made in improving its financial business landscape; such as the implementation of its 2020 privatisation Delivery Plan. The program aims to strengthen competition, raise the quality of services and economic development, improve the business environment, and remove obstacles that prevent the private sector from playing a more significant role in the Kingdom’s development.

Through such game-changing initiatives supporting private companies, we will see an increase in Foreign Direct Investment (FDI) which will lead to greater economic sustainability and long-term benefits for the economy.”

Speakers mentioned that although more startups are being set up in the Kingdom, there is limited accessibility to corporate finance for companies in the investment community. They also mentioned that there are a lot of early-stage investors in the region – but not enough “series b” investors and beyond.

Panellists agreed that Saudi Arabia’s financial ecosystem remains highly reliant on relationships, and must increase its transparency to boost FDI. The speakers also advised that the Kingdom’s financial market adopts Mezzanine financing between debt and equity – as seen in other global markets.

Panellists agreed that having access to debt is more cost-effective than equity. However, most believe that the lack of competition in the Kingdom’s financial sector makes debt financing more expensive and less flexible.

In terms of equity, finding the right partner is essential. According to the panellists, a strategic investor brings much more than money – they also bring knowledge that is vital to the growth of the company.

Panellists discussed the key success factors and best practices for mergers and acquisitions (M&A) deals for companies in the Kingdom. They agreed that for any successful M&A deal, there must be an agreed framework between the two companies – stating the type of process that would be followed, as well as the kind of deal and valuation.

According to the speakers, investment bankers, once again, have a huge role to play in closing M&A deals. Panellists believe that investment bankers are needed to manage a company’s expectations from the onset, providing clarity on the potential and realistic outcome of a successful deal.

The event was introduced by Sam Surrey, Partner, Middle East Financial Advisory Transaction Services at Deloitte and Chairman of ICAEW CFF in the Middle East. And was hosted last month at the Marriott Riyadh Diplomatic Quarter, Saudi Arabia. The event was attended by more than 60 ICAEW members and senior business representatives from major global and regional financial organizations.