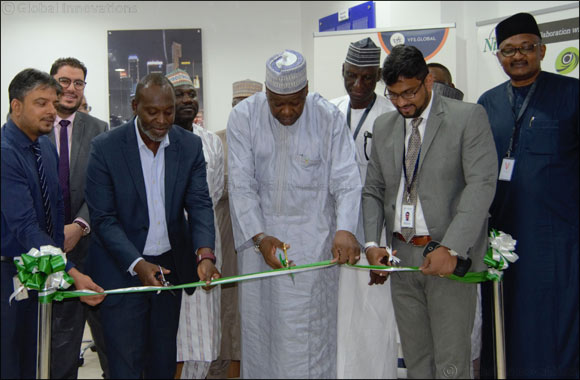 Share Home >> Government, Legal & Humanity
● VFS Global launches centre in Jeddah city on 29 July 2019 for the convenience of Nigerians residing in the Kingdom of Saudi Arabia
● Another centre scheduled to open in the capital city of Riyadh in the near future
Jeddah, 1 August 2019:   As part of the endeavour to support the initiative by the National Identity Management Commission’s (NIMC) to enrol Nigerian adults and children into the National Identity Database (NIDB), VFS Global announced the launch of its first National Identification Number enrolment centre in Jeddah, Kingdom of Saudi Arabia. The newly launched centre will offer enrollment services for Nigerians residing in the Kingdom with the issuance of their National Identification Number (NIN). Following the successful launch of the centre in Dubai, Johannesburg and now Jeddah, VFS Global plans on launching another centre in the capital cities of Riyadh and New Delhi in the near future.
The National Identification Number is a unique set of eleven digits number issued to the legal citizens (home and abroad) of Nigeria by NIMC as a mandatory national identity. NIN is used for processing all forms of transactions that involves submitting an identity verification in Nigeria such as getting a driver’s license, voter’s card or even for opening a bank account which will offer greater convenience and transparency.
VFS Global NIN centre located at the first floor of TasHeel Commercial Plaza, Suwaid Bin Sakher Street, Al Mohammadiyah District 1, was inaugurated on 29 July 2019 by Aliyyu A. Gumi, Assistant General Manager, National Identity Management Commission, Nigeria, Garba Satomi Grema, Deputy Consul General, Consulate General of Nigeria and Rajendran Sadasivam, General Manager - West Africa, VFS Global. Eligible Nigerian adults and children may walk-in without any prior appointments for the National Identification Number enrolment and subsequently for the General Multi Purpose Card (GMPC) issuance. A dedicated contact centre and email support service is available for applicants to answer queries and track the application status.
Commenting on the launch, Mr. Vinay Malhotra, Regional Group COO, VFS Global, said ' The launch of our new National Identification Number enrolment centre in the Kingdom of Saudi Arabia to support the initiative by the National Identity Management Commission, Nigeria, stands as a testament to our efforts to offer solutions that ensure a secure and seamless experience in the Identity and Citizen Services space globally.
We do expect measures like opening NIN centre in Jeddah and Riyadh will help in facilitating a smooth and efficient enrollment procedure for the large population of Nigerians residing in the Kingdom. By leveraging our capabilities of having successfully implemented such large-scale diaspora enrollment services across the world, including the recent centre opening in the United Arab Emirates, South Africa and an upcoming centre in India, we are confident that this would greatly benefit the implementation of this initiative.”
With nearly two decades of experience, VFS Global has established itself as a world leader in offering solutions in both visa application processing and identity-based citizen services.  By successfully leveraging on its expertise in the visa space, VFS Global has been effectively assisting local governments with e-governance solutions thereby helping them assimilate next-generation solutions into efficient public-facing services in the identity and citizen services space.
Solutions developed by VFS Global in the identity and citizen services space enables governments to focus entirely on the critical tasks of decision-making and assessment, by streamlining operations, digitalising processes, increasing cost-efficiency and enhancing customer service which include biometric enrolment capabilities. Having processed over 84 million biometric enrolments since 2007, VFS Global currently serves 38 Client Governments across 138 countries with its biometric solutions. 63 Client Governments are served for outsourced visa services in 147 countries. VFS Global has processed more than 205 million applications since inception in 2001.