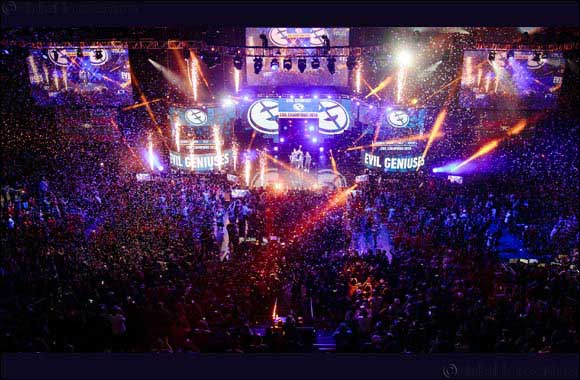 Share Home >> Entertainment
ACTIVISION BLIZZARD: First Five Cities Revealed for New Call of Duty Esports League
12 May 19:   Following the blueprint established and validated with the Overwatch League, Activision Blizzard has started the team sales process for a professional Call of Duty esports league and has already sold five franchises for Atlanta, Dallas, New York, Paris and Toronto.
The first five teams are:
• Atlanta, GA - Atlanta Esports Ventures, a joint venture owned by Cox Enterprises and Province, Inc. dedicated to bringing esports entertainment to the city of Atlanta
• Dallas, TX - Envy Gaming Inc., a staple in esports since 2007 with teams competing this year in the Call of Duty World League (Envy) and Overwatch League (Dallas Fuel)
• New York, NY - Sterling.VC, an early stage sports and media company backed by Sterling Equities – a family-run group of companies owned by the Wilpon and Katz families with several business operations including the New York Mets
• Paris, France – c0ntact Gaming, LLC., is the parent company of both the Overwatch League team, Paris Eternal, and the Paris Call of Duty esports team
• Toronto, Canada - OverActive Media, an integrated company delivering esports and video game entertainment to the Canadian market
Bobby Kotick, CEO of Activision Blizzard – “The upcoming launch of our new Call of Duty esports league reaffirms our leadership role in the development of professional esports. We have already sold Call of Duty teams in New York, Paris, Toronto, Dallas and Atlanta to existing Overwatch League team owners, and we will announce additional owners and markets later this year.
Our owners value our professional, global city-based model, the success we have had with broadcast partners, sponsors and licensees, and the passion with which our players have responded to our events.”
Pete Vlastelica, President and CEO at Activision Blizzard Esports Leagues: “Call of Duty is a game that embodies team work and dedication and Call of Duty esports is a celebration of those pillars.
We’re building this league for fans across esports, traditional sports and gaming alike - and we’re excited to partner with individuals and organizations who are just as passionate about our vision for the future of Call of Duty esports. Our early momentum for franchise sales has been strong as we welcome our first five partners.”