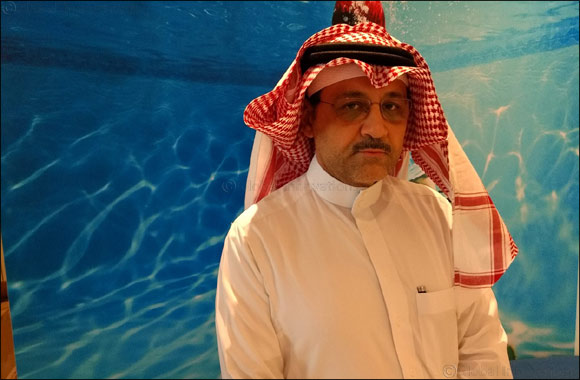 Share Home >> Technology
Saudi Arabia, 9 December, 2018:  Lenovo, a global technology leader in driving Intelligent Transformation today announced the appointment of Emad Aldaous as the new Data Center Country Manager for the Kingdom of Saudi Arabia. In his new role, he will be responsible for growing Lenovo Data Center Group’s (DCG) business in the Kingdom, while aiding the company transform the data centre industry regionally. His sphere of activity includes building strong relationships with existing and potential channel partners and he will report to DCG Regional Director for the Middle East, Richard Wilcox.
“We’re excited to have Emad on board for this key role in the business. We believe that his solid experience in the industry and in the Kingdom of Saudi Arabia will add tremendous value to building the DCG business, and ultimately Lenovo’s business in the region. The Middle East is witnessing rapid transformation and The Kingdom of Saudi Arabia is a major market player, leading the charge in the adoption of new-age technologies like IoT, AI and blockchain, underpinned by the Saudi Arabia Vision 2030. In line with these government initiatives and with Emad’s appointment, Lenovo DCG can be an integral technology partner for enterprises and governments across the region,” said Richard Wilcox, DCG Regional Director for Lenovo Middle East.
Emad has a stellar track record of building technology businesses in The Kingdom, having worked with the likes of Detasad, F5, Avaya, and Motorola. He joins Lenovo DCG with a Bachelor’s in Computer Engineering from FIT (Florida Institute of Technology), along with a solid history of selling into major Enterprises and Government Accounts, winning numerous awards along the way and smashing targets.
Lenovo is committed to being a top data center player in the industry, becoming the largest and fastest growing supercomputing company by 2020, and accelerating the pace of the data center innovation for customers. As a US$45 billion a global technology leader, Lenovo is enabling transformative business change through innovative technology called ‘Intelligent Transformation’. Lenovo’s data center portfolio spans servers, storage, converged and hyperconverged, networking, hyperscale, software and services.